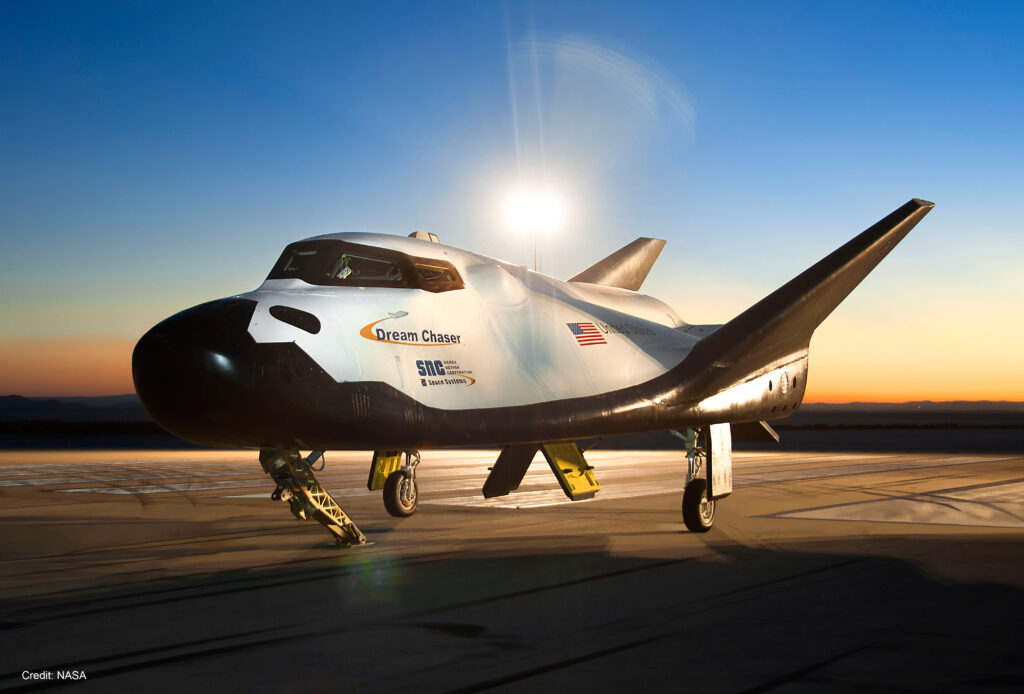 FAA will hold public hearing on Dec. 9 at the midpoint of the 40-day public comment period

HUNTSVILLE, Ala., November 12, 2021 – Huntsville International Airport is one step closer to becoming a reentry site for horizontally landed commercial space reentry vehicles as of this morning. The Federal Aviation Administration (FAA) has launched the public comment period inviting remarks on a Draft Environmental Assessment (EA) for Huntsville International Airport (HSV) to serve as a commercial space vehicle landing site.

The Draft EA also addresses Sierra Space Corporation’s proposal to land its Dream Chaser vehicle at HSV up to eight times between 2023 and 2027.

A virtual public hearing on the draft EA is planned by the FAA for Dec. 9 at 5 p.m. Central Time. The hearing is part of the 40-day public comment period that begins with the posting of the draft assessment on the FAA web site today (faa.gov) and ends on Dec. 22. Public comments can also be submitted to HuntsvilleReentry@icf.com.

“This is a significant milestone for Huntsville International and for our community as we pursue the distinction of becoming a spaceport located right in Rocket City U.S.A.,” said Rick Tucker, Port of Huntsville CEO. “The Environmental Assessment public review period starts the clock ticking on a 180-day window during which we will submit our site license application to land Dream Chaser at HSV. That’s going to be an exciting day, and I am really looking forward to it.”

While Huntsville International Airport is seeking a Reentry Site Operator License, Sierra Space is seeking a Vehicle Operator License. The draft EA review evaluates the potential environmental impacts of the proposed reentry operations including airspace closures and is a requirement for both licenses.

Once the public comment period concludes on Dec. 22, the FAA will revise the draft as appropriate and prepare a Final Environmental Assessment, according to a media release by the administration. The FAA will then either issue a Finding of No Significant Impact or a Notice of Intent to prepare a more comprehensive Environmental Impact Statement. Licensing determinations will be made following completion of the environmental review and when all applicable safety and financial responsibility requirements have been met.

Other commercial reentry vehicle operators may apply to conduct reentry operations at HSV, but each would need to obtain their own FAA license and would require a separate environmental review. The airport would need to modify its license to accommodate additional operators at HSV.

At this time there are 12 FAA-licensed commercial spaceports in Alaska, California, Colorado, Florida, New Mexico, Oklahoma, Texas and Virginia.

Owned and operated by Sierra Space, the Dream Chaser spaceplane is a reusable, multi-mission space utility vehicle. Known as America’s Spaceplane®, Dream Chaser is capable of transportation services to and from low-Earth orbit and is the only commercial, lifting-body vehicle capable of a runway landing. The Dream Chaser Cargo System was selected by NASA to provide cargo delivery and disposal services to the International Space Station under the Commercial Resupply Services 2 (CRS-2) contract. All Dream Chaser CRS-2 cargo missions are planned to land at Space Florida’s Shuttle Landing Facility at Kennedy Space Center.

Sierra Space is a new independent commercial space company, created from the space capabilities of Sierra Nevada Corporation (SNC). Leveraging breakthrough technologies including the Dream Chaser® spaceplane and expandable LIFE™ habitat, Sierra Space builds and delivers the future of space transportation, destinations and infrastructure for LEO commercialization. Its turnkey, space-as-a-service solutions are modular, scalable and reusable, opening space to new participants globally. With 30+ years of proven spaceflight heritage, Sierra Space has provided more than 4,000 systems, subsystems and components to customers worldwide, and participated in more than 500 missions to space, including to Mars. Sierra Space is a subsidiary of global aerospace and national security leader Sierra Nevada Corporation. For more information in Sierra Space, please visit www.sncorp.com.

Owned by Chairwoman and President Eren Ozmen and CEO Fatih Ozmen, SNC is a trusted leader in engineering answers to the world’s toughest challenges, through customer-focused technologies and best-of-breed integrations in aerospace and defense and national security space. For nearly 60 years, SNC technology has delivered state-of-the-art civil, military and commercial solutions. SNC has received numerous awards and distinctions innovation, customer satisfaction and leadership including being named a US Best Managed Company for two consecutive years. In spring 2021, SNC announced the transition of its Space Systems business area to an independent commercial space company, Sierra Space.